The vast greenhouse, located by the lake, upstream of the Gardesana road, between the rocks overlooking the expanse of water, in close connection with centuries-old cypress trees in groups, is of considerable landscape-architectural interest. The limonaia is the first example of a museum built by the Mountain Community of Alto Garda Bresciano in 1985 with the restoration of the three lower terraces (còle) of the Giardino Nuovo. After structural consolidation and removal of both dead trees due to the frost and weeds, the fixed roof elements were restored and, on the model of the historical ones, the windows of the solar front were reconstructed. Since then the limonaia is covered and closed according to traditional techniques.

The garden has been equipped with lighting systems, automatic irrigation and air heating, which replaced the fires of the past during the coldest nights.

At the Pra del fam there are 88 citrus plants (in the majority lemons, but also bitter and sweet oranges, cedars, pomplemi, mandarins and bergamots). The plants, arranged according to the traditional sixth plant and supported by the historic wooden frame, come from a nursery in Liguria. 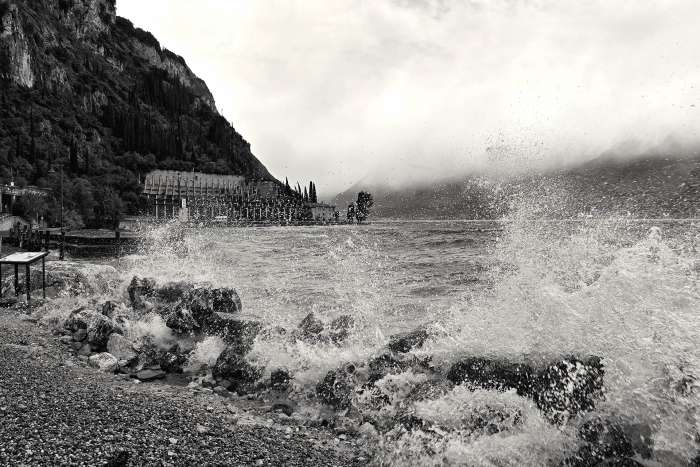